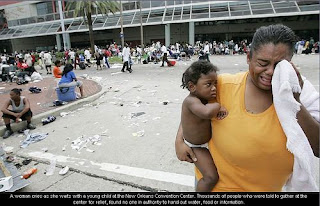 Earthquakes, floods, tornadoes, fires. Recent years have seen their share of natural disasters and emergencies which will only continue to occur with the passing of time. Even now, a State of Emergency has been declared for Hurricane Matthew, and heightened seismic activity at the Salton Sea has prompted scientists to warn of the elevated risk for “The Big One” at San Andreas fault.
Disasters and emergencies, while incredibly devastating, invoke a sense of camaraderie as people from all walks of life and differing backgrounds join together to help; to donate. While the intention is good, the protocol of infant feeding during natural disasters in particular needs dire improvement. This problem springboards from the lack of education on the importance of breastfeeding as a whole.
Major health and aid agencies have come to a general consensus on how infant feeding issues should be addressed during disasters. They agree that the use of formula should only occur when mothers have weaned and relactation is not possible, or when the baby has lost its mother and wet nursing is not an option. They agree that ongoing support and assistance is necessary in such a case to limit the risks associated with artificial feeding, and that the distribution of breastmilk substitutes should be tightly controlled, carefully monitored and only provided to babies with a clear need.
UNICEF, WHO, and the International Red Cross are active in alerting non-government organizations of the need to support breastfeeding and to be extremely careful in the distribution of breastmilk substitutes. Despite their efforts, and despite these guidelines, infant formula and bottles continue to be distributed unnecessarily during disaster situations.

During emergency situations, the cleanest, safest food is human milk.

The Problem with Formula Donations During Emergencies

One of the biggest tragedies during Hurricane Katrina was that almost no breastfeeding mothers were found. One-third of Louisiana’s population was displaced, which was about 1,300,000 people, and more than 100,000 evacuees remained in shelters more than one month later. 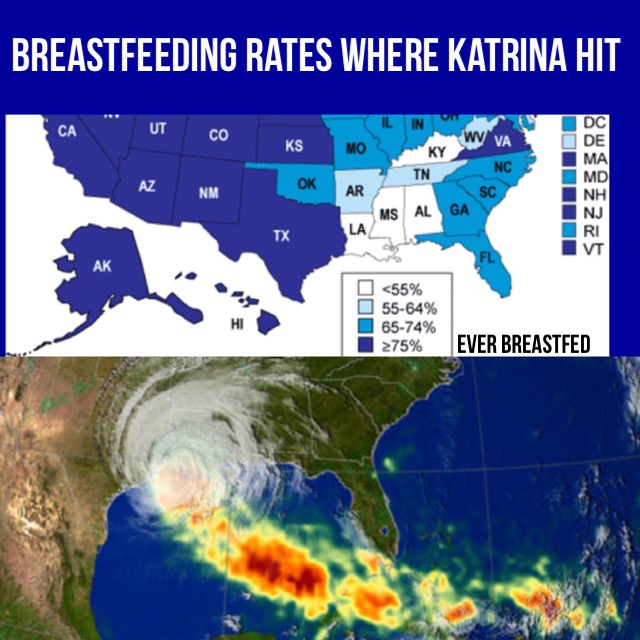 The distribution of formula and bottles by aid workers during this time disregarded the importance of clean water and utensils to make feeding infants possible and safe, and the more time that passed, the higher the risks for infant mortality continued to climb.

According to the American Academy of Pediatrics, in any given emergency, clean drinking water and a sterile environment may be inaccessible. Even in a potentially less catastrophic emergency, such as being trapped in gridlock for several hours, access to water to make formula as well as the ability to clean and sterilize bottles or feeding utensils is not possible. Infants need to be fed every 2 to 3 hours. When disaster strikes, reality hits, and panic can ensue.

The WHO states that artificially fed babies have a 1300 percent increased risk of death from diarrhoeal disease as compared to babies that are breastfed. The WHO adds that babies who are artificially fed are inherently more vulnerable to disease because they do not receive the disease-fighting antibodies that are in breastmilk.

“In past emergencies, 12–75% of all babies have died, so any factor that increases disease transmission and reduces the ability of babies to withstand disease may well result in their death.” - World Health Organization


At the time of Hurricane Katrina, information was not readily available to support optimal infant nutrition; rescue workers were not trained in breastfeeding support and management. Overall, the distribution of formula discouraged breastfeeding, decreased mothers’ confidence, and increased the risk of infection, illness, and death.


While some strides have been made to educate about the importance of breastfeeding during disasters, the lack of normalcy is still present in our society and more efforts should be made to instill it in mothers, aid workers, and government agencies collectively. Milksharing or local donations of expressed milk should be a mainstream option to feed infants in dire cases.

Future natural disasters are inevitable and will continue to have a devastating effect on the economy and well-being of families. Protecting, promoting, and supporting breastfeeding during these natural disasters will help prevent long-term health and developmental problems that may occur as a result of alternative feeding methods. Encouraging breastfeeding will also lessen the economic blow, as the overall cost of the disaster is significantly reduced for both the families and societies affected. It is an investment that will pay for itself in more ways than one, several times over.

Contributing author: Samantha Johnson is a freelance writer, blogger, wife, and breastfeeding mom. Her Bachelor of Arts degree in journalism from California Baptist University has led to more than six years of full-time writing experience and countless exciting opportunities. Aside from writing, her passions include drawing, painting, iced coffee, reaching her goals, balancing life's priorities, and encouraging others. You can visit her blog at unlazylike.wordpress.com.